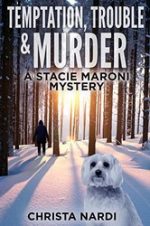 Caffeine à la corpse, anyone? The last thing Stacie Maroni expected to find in the break room was a dead guy. And even worse, a dead guy with her name, phone number, and office location in his pocket. If that’s not bad enough, a fellow member of the foundation she spearheads seems to be missing in action.

Although these events don’t seem to be linked, Stacie is in the thick of things and sleuthing for her life. At least the two mysteries distract her from the attention of, and her attraction to, the handsome detective. 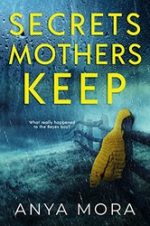 On Friday night in the clay fields of Bethel Creek, seventeen-year-old Daniel Reyes is found brutally attacked and left for dead.

A mother’s worst nightmare. What really happened to the Reyes boy? 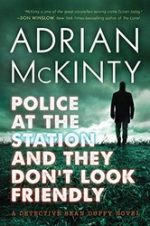 Police at the Station and They Don’t Look Friendly
by Adrian McKinty
Rating: 4.7 #ad

Belfast, 1988. A man is found dead, killed with a bolt from a crossbow in front of his house. This is no hunting accident. But uncovering who is responsible for the murder will take Detective Sean Duffy down his most dangerous road yet, a road that leads to a lonely clearing on a high bog where three masked gunmen will force Duffy to dig his own grave.

Hunted by forces unknown, threatened by Internal Affairs, and with his relationship on the rocks, Duffy will need all his wits to get out of this investigation in one piece.

Check out:
(The Sean Duffy Mysteries) 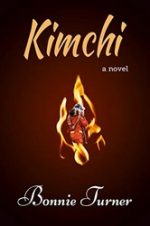 Adopted by an American couple – the son of a Korean woman and a Black G.I. – Paul arrives in the U.S. after the Korean conflict with foggy memories of the family he left behind. His past haunts him as scenes from his homeland invade his mind at odd times: his mother, his sibling, and himself barely old enough to walk with a group of refugees traveling through a forest toward a mountain village, where they hoped to find safety. Su Kimchi – Paul’s birth name – recalls hunger, danger, and fear were always present.

Eighteen years later, Paul (Kimchi) is a paramedic with a local fire department. He also has a fourth-degree Black Belt in Judo, a discipline that relaxes his body and mind, calming the stresses of infernos, the smell of burned flesh, death, and his company’s racist Fire Chief, Bart Salsman, who lost a buddy in the war and hates Koreans with a passion. 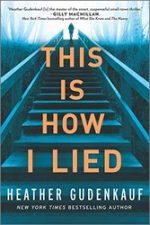 This Is How I Lied
by Heather Gudenkauf
Rating: 4.4 #ad

Everyone has a secret they’ll do anything to hide… Twenty-five years ago, the body of sixteen-year-old Eve Knox was found in the caves near her home in small-town Grotto, Iowa – discovered by her best friend, Maggie, and her sister, Nola. There were a handful of suspects, including her boyfriend, Nick, but without sufficient evidence the case ultimately went cold.

For decades Maggie was haunted by Eve’s death and that horrible night. Now a detective in Grotto, and seven months pregnant, she is thrust back into the past when a new piece of evidence surfaces and the case is reopened. 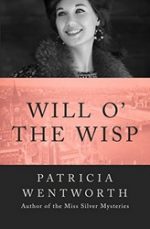 Will o’ the Wisp
by Patricia Wentworth
Rating: 3.9 #ad

Seven years ago, childhood friends and distant cousins Eleanor and David Fordyce fell in love and became engaged. But their families, thinking them too young for marriage, conspired to keep them apart. David was sent to America to study architecture; Eleanor left for India, where she married Cosmo Rayne. Now a widow, Eleanor returns to England, more ravishing than ever. But rumors—of a husband’s infidelity and nightly beatings—have followed her home. 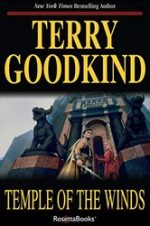 Temple of the Winds
by Terry Goodkind
Rating: 4.7 #ad

Having taken his rightful place as Lord Rahl, ruler of D’Hara, Richard must once again postpone his wedding to Kahlan Amnell in order to face the fearsome Imperial Order in a fight for the New World and the freedom of humankind. But while Richard has the brave people of D’Hara at his command, Emperor Jagang of the Imperial Order has a significant advantage: he doesn’t fight fair.

Check out:
(Sword of Truth Mysteries)