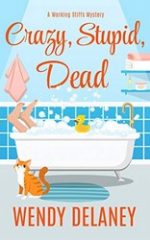 Death was by drowning . . . but in her bathtub? The crazy way Naomi died was all everyone talked about at her funeral. Weeks later, the question remains: How could that nice old lady get herself into lethally hot water by mixing drugs and alcohol?

By all appearances, there’s nothing to indicate foul play. But human lie detector Charmaine Digby knows hat appearances can be deceiving. When Char starts sleuthing, the strange truth surrounding Naomi’s puzzling death begins to emerge, but can she crack the case before the killer gets away with murder?

Check out:
(A Working Stiffs Mysteries) 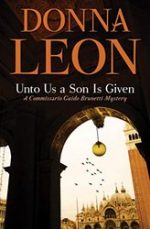 Guido Brunetti is urged by his father-in-law to investigate—and preferably intervene in—the seemingly innocent plan of the elderly Gonzalo Rodríguez de Tejeda to adopt a much younger man as his son. Under Italian inheritance laws, this man would then be heir to Gonzalo’s entire fortune, a prospect Gonzalo’s friends find appalling. For his part, Brunetti wonders why the old man, a close family friend, can’t be allowed his pleasure in peace. 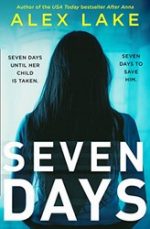 ‘This is creepy storytelling of the highest order: spine-chilling and difficult to put down’ Daily Mail

A race against time to save her child… In seven days, Maggie’s son, Max, turns three. But she’s not planning a party or buying presents or updating his baby book. She’s dreading it. Because in her world, third birthdays are the days on which the unthinkable happens… she loses her child.

For the last twelve years Maggie has been imprisoned in a basement. Abducted aged fifteen, she gave birth to two sons before Max, and on their third birthdays her captor came and took them from her. 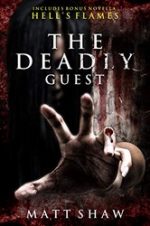 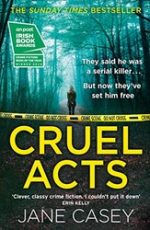 Guilty? A year ago, Leo Stone was convicted of murdering two women and sentenced to life in prison. Now he’s been freed on a technicality, and he’s protesting his innocence.

Not guilty? DS Maeve Kerrigan and DI Josh Derwent are determined to put Stone back behind bars where he belongs, but the more Maeve digs, the less convinced she is that he did it.

The wrong decision could be deadly… Then another woman disappears in similar circumstances. Is there a copycat killer, or have they been wrong about Stone from the start? 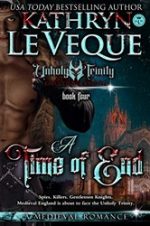 The Executioner Knights are back! Alexander de Sherrington seeks to marry a daughter of the great Christopher de Lohr (Rise of the Defender). But not if King John has anything to say about it!

Alexander de Sherrington, the man affectionately referred to as ‘Sherry’ by his friends, is off on the greatest adventure of his life… and his target is Lady Christin de Lohr.

Lovely and vivacious, Christin is as head-strong as her mother but born with her father’s innate sense of politics. She fostered in the finest homes and proved herself to be smart, intuitive, and calm under pressure.

Check out:
(The Executioner Knights) 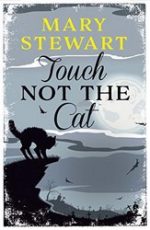 Touch Not the Cat
by Mary Stewart
Rating: 4.4 #ad

‘A comfortable chair and a Mary Stewart: total heaven. I’d rather read her than most other authors.’ Harriet Evans

Ashley Court: the tumbledown ancestral home of the Ashley family, all blessed with ‘the gift’ of being able to speak to each other without words. When Bryony Ashley’s father dies under mysterious circumstances, his final words a cryptic warning to her, Bryony returns from abroad to uncover Ashley Court’s secrets. What did her father’s message mean? What lies at the centre of the overgrown maze in the gardens? And who is trying to prevent Bryony from discovering the truth? 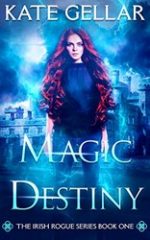 Dark witches and guardians are mortal enemies? Tell that to Abby and her four hot demon fighters. If someone had told Abby Brennan she was a dark witch, she’d have laughed in their face. An invitation to stay at an Irish castle sounded like fun. But the second she entered the ancient grounds, a dark, primal entity woke up inside of her.

The four sexy Irish guardians protecting the world from demonic activity are a sight for sore eyes. There’s Liam with his dimpled smile and infectious optimism. Sam is the alpha and ultra-serious. Brendan is a seasoned flirt. And Murphy, well, let’s just say that tattooed biker boy doesn’t want to get to know anyone. 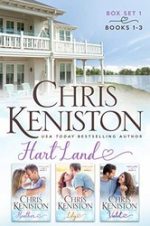 This collection includes books 1-3 of the Hart Land series.