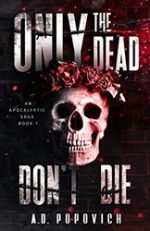 Surviving the Super Summer Flu’s un-deadly aftermath is only the beginning!

During the peak of summer vacations, the World Health Organization abruptly hints to a possible pandemic sweeping the far corners of the globe. Meanwhile, politicians and lamestream media downplay the novel coronavirus. But it’s already too late. The virulent Super Summer flu brings mankind to its knees in the grisliest way possible.

A few survive: the unlucky ones, the immune, and those relishing a life of lawlessness. This is their story. Experience the End Times through their eyes and face their fears as they struggle to outwit the evil holding Earth hostage.

Check out:
(Only the Dead Don’t Die Mysteries) 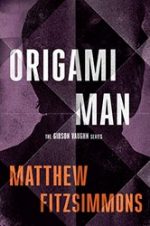 To stop a terrorist threat, Gibson Vaughn must trust a man who can’t be trusted.

Former Marine, brilliant hacker, and wanted fugitive Gibson Vaughn is off the grid in the Caymans. Until the ice-cold assassin Tinsley draws him out of the shadows. Complying with the man who murdered his father and left Gibson for dead? In the war against terror, never say never. Especially when half a million lives are at stake. 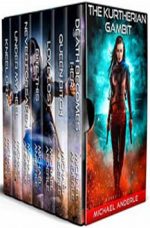 What you thought you knew about Vampires and Werewolves is wrong…so very, very, wrong.

“I have just finished the 7 book pack and am about to order book 8 etc because you have to known what’s up next . This series so far has been a page turner for me and I intend to keep going till the end” by Amazon Customer

In Ulster, Northern Ireland, a petty criminal kills a woman in a drunken car crash. Her sons swear revenge. In London, Sean Dillon and his colleagues in the “Prime Minister’s private army,” fresh from defeating a deadly al-Qaeda operation, receive a warning: You may think you have weakened us, but you have only made us stronger. In Washington, D.C., a special projects director with the CIA, frustrated at not getting permission from the President for his daring anti-terrorism plan, decides to put it in motion anyway. He knows he’s right – the nation will thank him later. 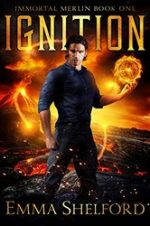 For centuries, I was the only one with magic. Why? I don’t know. And I’m out of time to find out. I’m Merlin. Perhaps you’ve heard of me. My friend Arthur died in fifth-century Wales, but I didn’t. Eternal youth is not as great as it sounds, when friends and family die and I am left alone.

But the mystery haunts me: why am I the only one with magic? I thought this was a mystery that would remain forever unsolved until a volcanic eruption threatens a nearby town. At first, I didn’t care about the looming disaster—after living through the Black Plague, other death tolls seem insignificant—but it’s not natural. Someone with abilities like mine is forcing this disaster. If I can figure out what’s causing this eruption, I might finally discover why I’m different.

In Saudi Arabia, a series of terrorist attacks has put the Kingdom on edge. King Abdullah is losing his hold, and his own secret police cannot be trusted. With nowhere to turn, the king asks for ex-CIA agent John Wells’s help.

Reluctantly, and with the secret blessing of his former CIA boss, Wells begins to unravel the conspiracy, and realizes that there is more than one country at stake-because the plotters want more than the fall of a monarch. They want to start the final battle between America and Islam-with only themselves as the victors… 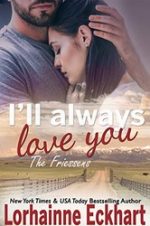 It was the hottest night of sex he’d ever had. Jeremy Friessen had heard the whispers that he was just like his father, with his looks, his bad ass attitude, and arrogance, and he’d never forget the night he’d spent with his best friends sister until she up and left, one day just three years ago.

But now she’s back, he’d caught a glimpse of her at the traffic light again at the store and when her eyes connected with his, she pretended as if she didn’t know him, and that made him angry until he realized she couldn’t hide her reaction to him.

Check out:
(The Friessen Legacy)

Fans of Ace Atkins, Nevada Barr and Robert B. Parker will love Craig Johnson, New York Times bestselling author of Hell Is Empty and As the Crow Flies, who garnered both praise and an enthusiastic readership with his acclaimed debut novel featuring Sheriff Walt Longmire, The Cold Dish, the first in the Longmire Mystery Series, the basis for LONGMIRE, the hit drama series. Now Johnson takes us back to the rugged landscape of Absaroka County, Wyoming, for Death Without Company. When Mari Baroja is found poisoned at the Durant Home for Assisted Living, Sheriff Longmire is drawn into an investigation that reaches fifty years into the mysterious woman’s dramatic Basque past. 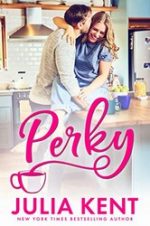 One hundred years ago when I was young and impulsive (okay, it was five, alright? Five years ago…) I let my boyfriend take, let’s just say…compromising pictures of me.

(Shut up. It made sense at the time). Surprise! The sleazy back-stabbing jerk posted them on a website and, well, you can guess what happened. That’s right.

Check out:
(The Do-Over Series)