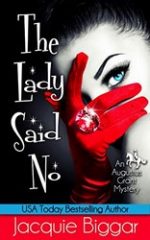 The Lady Said No
by Jacquie Biggar
Rating: 4.5 #ad

A mind of steel hidden behind a bumbling exterior, that’s the perfect description of Detective Gus.
N.N. Light

A great murder mystery with a little romance on the side. Very well written, wonderful characters and a plot that kept me guessing!! Tresa

The Race is on to find a Killer in the heart of Kentucky horse country. Detective Augustus Grant is faced with his most baffling case to date. Well-respected race horse breeder John Jorgenson is murdered in his den days before the Kentucky Derby and the list of suspects is growing. 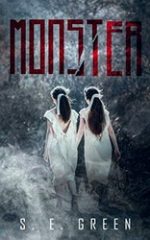 It takes a survivor to know a madman. When the police need to crawl inside the mind of a monster, they call Caroline.

As a child, Caroline was abducted along with her twin sister. For over a year, their captor forced them to play his sick games, using their hunger to test the lengths they’d go to survive.

Caroline escaped. Her sister didn’t. Now a young woman gnawed by survivor’s guilt, Caroline’s horrific past has left her with a unique gift to understand the twisted motivations of serial killers. She couldn’t save her sister—but she can at least help the police keep other girls safe. 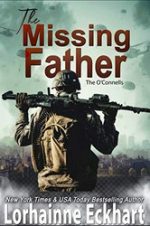 Eighteen years ago, Luke O’Connell’s father was there one day, gone the next. His mother sat him and his siblings down and told them their father was gone, it was just them now, and they wouldn’t be seeing him again. But Luke never believed his father could just walk away from a family he’d said he loved. Now, from his role within a secretive military organization, he uses the intelligence he can access to follow leads on his father, but each is a dead end.

Check out:
(The O’Connells) 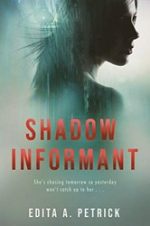 A killer is leaving a trail of bodies all over Chicago and each one is a puzzle piece….

Carly wasn’t ready to deal with betrayal when it came. And there was no one there to offer a hand to help her get back up. Her ex used that weakness to convince the judge that she was an unfit mother. It wasn’t all about child support. It was malice, pure and simple. One part of her however, didn’t fracture. The one that wore a badge and swore to protect citizens of Chicago from all perils, foreign and domestic.

That part will always function at its peak efficiency. Especially when detective-sergeant Carolyn Osych is called in the middle of the night, to the site of yet another bizarre and disturbing murder. 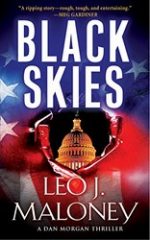 A team of Navy SEALs wiped out in a surprise attack. A motorcade of dignitaries ambushed–and the U.S. Secretary of State abducted. But this is no random act of terror. A vision of evil unprecedented in scope has been triggered.

The enemy will not stop until the skies over America are black with death and destruction. CIA veterans Dan Morgan and Peter Conley–code names Cobra and Cougar–are America’s last chance at averting an unthinkable scenario of bloodshed . . .

Check out:
(A Dan Morgan Thriller) 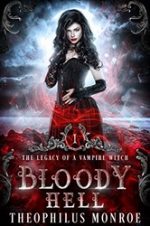 They tried to cut out my heart. But before I was a vampire, I was a witch. They couldn’t get rid of me that easily. My name’s Mercy Brown-but don’t let my name fool you. I’m merciless.

It had been almost a century and a half since I last encountered anyone from the Order of the Morning Dawn. They were religious fundamentalists with the dual goal of eliminating vampires and witches.

Being both a vampire and a witch I was the embodiment of everything the Order hates. Their first attempt to eliminate me failed. Thanks to the fact that my mentor in the Craft was also a necromancer.

When they burned my heart they didn’t kill me. They unwittingly completed a spell that tied my existence to the soul of one who took my place in hell.

Check out:
(The Legacy of a Vampire Witch) 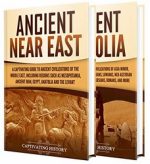 If you want to discover the captivating history of the ancient Middle East, then keep reading… Free History BONUS Inside!

Two captivating manuscripts in one book:
Ancient Near East: A Captivating Guide to Ancient Civilizations of the Middle East, Including Regions Such as Mesopotamia, Ancient Iran, Egypt, Anatolia, and the Levant 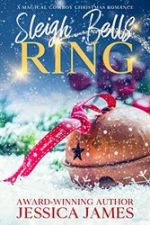 There’s no love story as beautiful as those at Christmas, so pour yourself a cup of hot chocolate and indulge in a classic romance that unleashes the magic of Christmas and the true meaning of the season. This clean, wholesome romance will take you back to bygone days when holiday traditions were deeply rooted institutions, and when love could heal all wounds.

Returning to her family’s Montana ranch after a ten-year absence, Jordyn Dunaway pitches in to help her Mother create the special holiday magic for which the family ranch is renowned. But when she discovers that her best friend growing up—the man she has never forgotten—is employed as a ranch hand, the holiday season turns into something she never imagined. 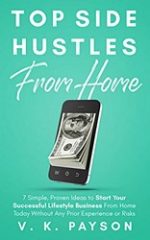 In this short 1-hour read, you’ll learn how you can create 7 different income sources and begin turning a profit in as little as 4 weeks – even if you have no skills or prior experience. Delving into the best ways to establish a successful side hustle, this book shows you fun, pain-free, and no-bs ways to launch your next startup with just a few hours of effort per week.