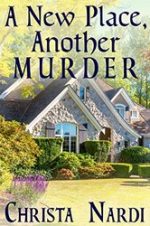 A New Place, Another Murder
by Christa Nardi
Rating: 4.1 #ad

Sometimes you need to be careful what you wish for.

Restless, Sheridan Hendley wishes for excitement. When her step-daughter and a friend are framed for theft and murder, she digs for answers. Sheridan will turn over every rock to prove their innocence. Will the truth come out before the person calling the shots takes Sheridan and Maddie out of the picture?

Check out:
(A Sheridan Hendley Mysteries)

Includes 2 complete series in one giant omnibus. Kill the bad guys. Save the galaxy. All in a hard day’s work.

Get both the Completed Omnibus of Ghost Squadron and Precious Galaxy series in one GIANT omnibus for a stellar price!

The new team bands together to discover what happened and how to fight the monster lurking in the bottom of the battlecruiser. 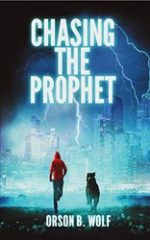 Chasing the Prophet
by Orson B. Wolf
Rating: 4.6 #ad

What would you do if in order to save all humanity, only one man had to be sacrificed… and that one person were you?

As the fear of nuclear attack becomes more real than ever, the key to saving everyone’s lives lies in the courageous relationship between a shy teenager and his loyal dog.

Our planet is on the verge of World War III and a cloud of paralyzing fear is drifting in the air.

While the leaders of the free world try to find a solution to the continuing crisis, the voice of The Prophet—a mysterious figure that has gathered momentum in the last few years—becomes increasingly louder. 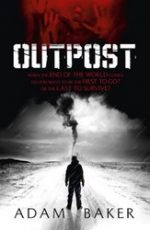 They took the job to escape the world
They didn’t expect the world to end.

Kasker Rampart: a derelict refinery platform moored in the Arctic Ocean. A skeleton crew of fifteen fight boredom and despair as they wait for a relief ship to take them home.

But the world beyond their frozen wasteland has gone to hell. Cities lie ravaged by a global pandemic. One by one TV channels die, replaced by silent wavebands. 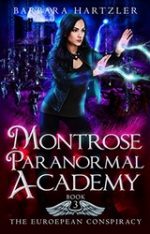 There’s a war in Europe. Everyone in the Three Societies must choose sides. I know who’s side I’m on. My own. Joining forces with the Guardians might be a huge mistake. But I’ll do anything to find the last three rubies…And destroy them.

The moment my plane to uches down in Vienna, I’m in for a world of trouble. The Three Societies are divided into two factions, and you must choose a side.

Just when I finally find love, my boyfriend and I are separated by our affiliations. And my ex keeps hanging around like there’s something still between us. At least this time I get to fight alongside my long lost brother. He’s been in Europe for years, lurking in the shadows. Waiting for the right moment to strike. Together. 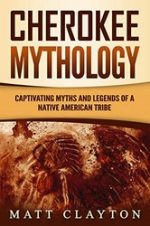 In Cherokee myth—as in other Indigenous American traditions—the whole of creation is alive and able to communicate like humans and with the human beings who share their environment. Cherokee myths explain how the world came to be the way it is, and impart important lessons about Cherokee cultural values.

In the collection of stories retold in this volume, you will learn why the opossum has no fur on its tail, how the bat and the flying fox were created, and how medicine and disease came to afflict human beings, while the misfortunes and desires of animals and birds become expressions of important Cherokee cultural values, such as modesty of speech, humility, and gratitude for the earth’s bounty. Like the human beings with whom they share their world, the animals and birds play stickball and hold dances, and they have councils in townhouses—communal spaces that were an important part of Cherokee settlements.

Maggie Gardiner, forensics expert for the Cleveland police department, and Jack Renner, a homicide detective with a killer secret, return in bestselling author Lisa Black’s new thriller as they confront the darkest threat yet to their careers – and their lives.

The body of fifteen-year-old Rachael Donahue – abandoned by society, raised in foster homes, and violently unapproachable – has been discovered at the bottom of a stairwell at Firebird, the secure facility for juvenile offenders in Cleveland. For Maggie and Jack, Rachael’s death comes with a disturbing twist—the girl may have been involved with a much older man.

Check out:
(A Gardiner and Renner Mysteries)