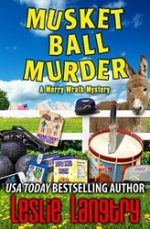 Merry Wrath has a problem. Her Girl Scout Troop co-leader has signed them up to participate in a Civil War reenactment based on the little-known Battle of Idiot Creek. In full 19th century costume, Merry is just hoping she can keep her troop out of trouble. Unfortunately, things start to fall apart immediately – from the cannon the kids buy with her credit card, to one girl sneaking off at night to beat the other reenactors at poker, to avoiding a rumble between her troop and the haughty Magnolia Girls.

But things take a sharp turn for the worse when a real human leg appears in the pretend amputation tent…only to disappear while Merry’s guarding it. 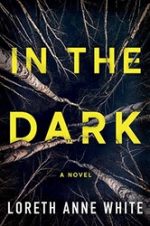 In the Dark
by Loreth Anne White
Rating: 4.5 #ad

A secluded mountain lodge. The perfect getaway. So remote no one will ever find you.

The promise of a luxury vacation at a secluded wilderness spa has brought together eight lucky guests. But nothing is what they were led to believe. As a fierce storm barrels down and all contact with the outside is cut off, the guests fear that it’s not a getaway. It’s a trap. 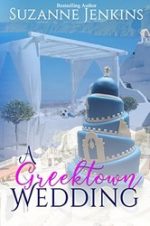 What does a lawyer using a cop as a beard, a beautiful detective in love with a member of the SWAT Team, and a guy with a broken heart have in common? A Wedding!

Relationships are blooming as Spring approaches after a typical Michigan winter. Even the murders revolve around relationship and romance. Love is in the air for Detroit Homicide Detective Jill. Mark Castro, SWAT member of the Detroit Police Force never believed in love-at-first-sight until he saw Jill on the night he was assigned to be her bodyguard when former defendant Jacob Parker began stalking her.

Family drama continues as Jill’s aunts and uncles, Jim and Maria Pappas make a final decision about their marriage, Liz and John Zannos try to exist in the same state without animosity, and Paula and Nick continue to cohabitate. 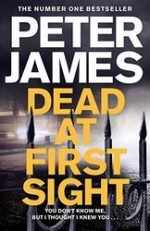 You don’t know me, but I thought I knew you . . . A man waits at a London airport for Ingrid Ostermann, the love of his life, to arrive. Across the Atlantic, a retired NYPD cop waits in a bar in Florida’s Key West for his first date with the lady who is, without question, his soulmate. The two men are about to discover they’ve been scammed out of almost every penny they have in the world – and that neither women exist.

Meanwhile, a wealthy divorcée plunges, in suspicious circumstances, from an apartment block in Munich. In the same week, Detective Superintendent Roy Grace is called to investigate the suicide of a woman in Brighton, that is clearly not what it seems. 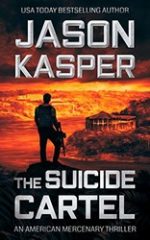 David Rivers wanted to lead his team in war. What he got was a suicide mission… David Rivers is no ordinary mercenary. He’s just been assigned command of a team in the international criminal war raging in South America.

But the Triple Frontier region is deadly. Narcos and terrorists rule its remote jungle, and David must lead his team into the heart of danger. Getting in is easy. Getting out might be impossible. When a high-risk recon mission turns deadly, David’s team must fight for survival against overwhelming odds. Desperate and on the run, they use everything at their disposal just to stay alive. 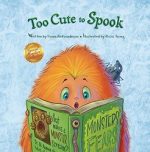 CUTE IS NOT ALWAYS GOOD!!!

Lorry wants to be the scariest monster of all, but unlike the other monsters, he doesn’t look scary at all. Lorry is cute and kids aren’t afraid of cute little monsters. 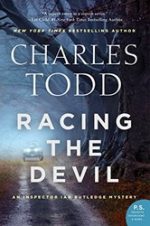 Scotland Yard’s Ian Rutledge finds himself caught in a twisted web of vengeance, old grievances, and secrets that lead back to World War I in the nineteenth installment of the acclaimed bestselling series.

On the eve of the bloody Battle of the Somme, a group of English officers having a last drink before returning to the Front make a promise to each other: if they survive the battle ahead—and make it through the war—they will meet in Paris a year after the fighting ends.