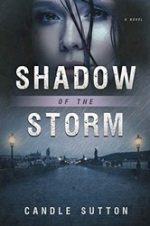 Shadow of the Storm
by Candle Sutton
Rating: 4.6 #ad

“Call me Stormy. For today anyway. Because tomorrow I might be someone else.” Escaping with her life was the easy part. The hard part? Remembering who she is and why someone wants her dead.

After overhearing two men plotting her murder, she runs. It’s only after she gets away that she realizes her memories are gone. Every last one of them. Armed with nothing more than several fake IDs and a bag full of cash, she wants nothing more than to stay alive long enough to remember what happened during the rainstorm that swept her memories away.

The only thing she knows for certain is that the police can’t – or maybe won’t – help her. 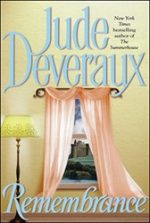 Bestselling romance writer Hayden Lane has never been so obsessed with one of her fictional heroes before so entranced that she barely notices when her fiancé breaks their engagement. Desperate to discover more about him, she visits a psychic who tells har that in a past life, Hayden was Lady de Grey, a promiscuous woman of Edwardian England whose ghost is said to haunt her husband’s home. 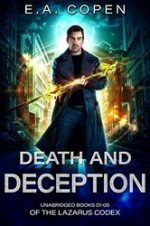 An ex-con who talks with the dead. A bloody murder. Figures they’d blame the guy with the record. For Lazarus Kerrigan, The Big Easy is anything but easy. Crime is up, incomes are down, and now his front door is a murder scene. Talk about a bad morning.

Since Lazarus is the only ex-con around, the cops are ready to pin it all on him and call it a day. If he wants to clear his name, Lazarus will have to find the murderer. Fast. You’d think that’d be easy considering he can talk to the dead. But more than monsters go bump in the night when the sun sets in New Orleans. The infamous Baron Samedi is back in town, and ready to offer Laz a new power he can’t refuse… 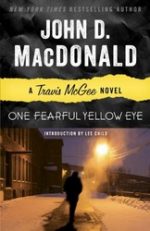 How to you extort $600,000 from a dying man? Someone had done it very quietly and skilfully to the husband of Travis McGee’s ex-girlfriend. McGee flies to Chicago to help untangle the mess and discovers that although Dr. Fortner Geis had led an exemplary life, there were those who’d take advantage of one “indiscretion” and bring down the whole family. McGee also discovers he likes a few members of the family far too much to let that happen…. 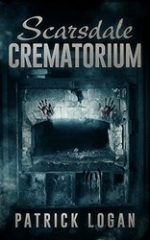 Burning bodies is a sure-fire method of guaranteeing that that they don’t come back…isn’t it?

No rest for the wicked; as Seaforth sinks, Cal and Shelly waste no time getting back at it. With Allan’s technological expertise, they desperately try to find a less personal way to send the dead back to where they belong. But they soon find out that it’s not just the dead that they have to worry about; they’ve made enemies among the living as well, vengeful enemies that are hellbent on extracting their pound of flesh.

Check out:
(The Haunted)

MYSTERIOUS RUNESTONES. AN ANCIENT VIKING MYTH. AND A PROPHECY OF LIFE OR DEATH.

In a Stockholm museum, thieves steal an enormous Norse runestone, but not before killing a security guard. When Nina Wilde, head of the International Heritage Agency (IHA), and her husband, ex-mercenary Eddie Chase, arrive to investigate, they are told a chilling story: A scholar has discovered that the stone may be one of two keys to finding the mythological site of Valhalla, where the Vikings predicted the world’s final battle would begin. 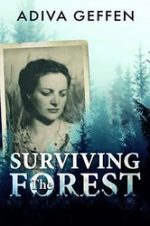 Five shots on Saturday morning changed their fate… She was a beautiful and happy young woman who lived a fairytale life. Shurka, her beloved husband and their two small children lived in a pretty house in a village in Poland, surrounded by a little garden with lilies. This was their life and nothing could harm it, or so they thought…

WWII broke out and though the happy family thought the Germans would never reach their idyllic village, they quickly understood they were wrong and their happiness came to a brutal end. The family had to flee their house and find shelter in a neighboring Ghetto where they realized that the Gestapo was taking Jews away on trucks every night, and they were never seen again.