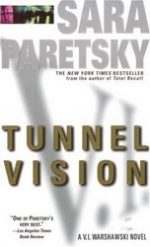 Stubbornness has landed private eye V.I. Warshawski in big trouble at her Chicago office. With her grand old Loop building set to be razed, she’s become a hold-out tenant amid frayed wiring and scary, empty corridors. Then she finds a homeless woman with three kids in the basement, and before she can rescue them, they disappear. Worst of all, she’s been implicated in a murder–after the body of Deirdre Messenger, a prominent lawyer’s wife, turns up sprawled across her desk. 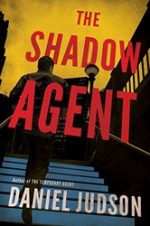 Former covert ops agent Tom Sexton risks it all one last time to take down the terrorist who wants him dead in the final installment of the Agent Series.

Hunted for more than twenty years by a mysterious terrorist known as the Benefactor, former Navy Seabee Tom Sexton is done running. Working with his girlfriend, Stella, for a private-sector spec ops team, Tom has a plan to eliminate the elusive stranger who murdered his family. But Tom didn’t just emerge from deep cover. He might have been lured. 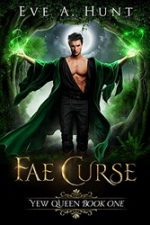 Because of an ancient curse, the immortals can’t leave the castle without turning to ash. But when the most powerful fae lord uses his seductive power to lure me close, to psychically feed on my aura, he successfully steps out of the castle for the first time.

Now the fae want all of my supposedly special blood to break the curse. Until I can somehow shove the immortals back into whatever magical hole they crawled out of, my life is forfeit. I have a plan. But said plan didn’t account for the insane feelings I’m starting to have for the alpha of the group… 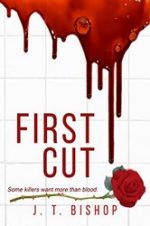 A serial killer returns to taunt the woman once determined to catch him. In this gripping thriller, former detective Jill Jacobs must confront the Makeup Artist, an elusive psychopath whose trail of terror left seven dead and whose obsession almost destroyed her.

When the Artist strikes again in a new city, Detectives Gordon Daniels and Aaron Remalla must find the woman whose strange psychic connection to the killer is their best hope to catch him. Desperate and afraid, Jill’s only chance to find closure is to confront the man who stalked her and his grizzly crimes. But there’s a catch. She must return to the mindset that bound her to him. The mindset the killer still seeks from her. 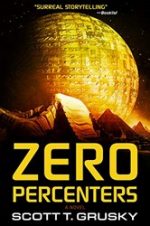 Would you sacrifice your humanity to live free from pain and suffering?

Conservationist Anja Lapin always stood firm against her father’s profiteering. But in her wildest dreams, she never guessed his tech company would stumble on an algorithm enabling humans to digitize their bodies and secure artificial immortality.

Before Anja can stage a protest, terrorists take out the research team, along with her father. Billions adopt the new technology in record time, lured by an eternity free from pain and filled with pleasure—even if it means losing a few pieces of their identity. 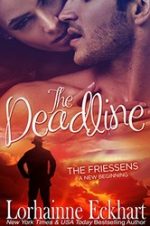 Andy Friessen has packed up everything and moved his family two states away, to Montana, to protect his wife, Laura, his newborn babies, and his stepson, Gabriel, from the threats of his mother. What Andy doesn’t know is that they’ll soon face a new threat, one he never saw coming.

Gabriel is sick, and a trip to the doctor confirms Laura and Andy’s worst nightmare: Without a lifesaving transplant, their son won’t survive. 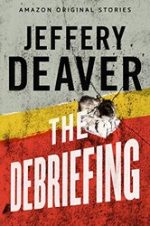 International bestselling author Jeffery Deaver explores the borderline between lies and loyalty in a story of a brotherhood on the brink.

In the wake of a disastrous firefight with a Mexican cartel, two El Paso police officers find themselves in a military hospital facing a debriefing about what went wrong. As their accounts unfold, Tony, a by-the-book cop, begins to believe that hotheaded Matt might have divided loyalties. Could he have intentionally led the team into a trap that saw the death of a beloved senior officer? Or is the truth even more terrifying than Tony dares to imagine?