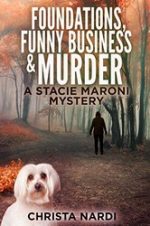 The best of intentions shouldn’t include murder.

An HR specialist and trauma counselor, Stacie is on the board of a fledgling non-profit foundation set up to benefit victims of domestic violence. After a slashed tire, attempted break in, and a murder, Stacie isn’t buying coincidental bad karma. Someone wants her off the board – at any cost. Her fancy surveillance equipment, impressive alarm system, and a ferocious Maltese dog offer only so much protection. Enter Kevin McNair, a smooth talker with piercing blue eyes. Can she trust him with her heart or her life? 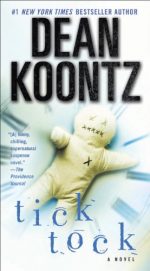 Tommy Phan is a 30-year-old Vietnamese-American detective and novelist living in Southern California, and a chaser of the American Dream. He drives home his brand-new Corvette one day to discover a strange doll on his doorstep. It’s a rag doll made entirely of white cloth, with no face or hair or clothes. Where the eyes should be, there are two crossed stitches of black thread. Five sets of crossed black stitches mark the mouth, and another pair form an X over the heart.

He brings it into the house. That night, he hears an odd little popping sound and looks up to see the crossed stitches over the doll’s heart breaking apart. When he picks up the doll, he feels something pulsing in its chest. Another thread unravels to reveal a reptilian green eye –and not a doll’s eye, because it blinks. 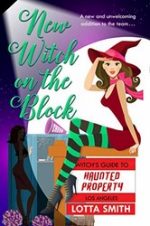 New Witch on the Block
by Lotta Smith
Rating: 5.0 #ad

Here comes a new witch… She’s mean, evil, and she’s too familiar with Jack. What’s Fio to do with her?

Haunted and Hexed takes on a new meaning for Fio Valentine when she finds herself competing with a witchy newcomer to solve a case.

When FBI psychic Abby Scott breezes into the office claiming to be Jack’s former lover, Fio is understandably vexed, but there’s no time to play mind games with the arrogant agent. A ghostly girl appearing in a team photo has become a harbinger of disaster for members of the women’s basketball team at Jack and Abby’s snooty Brentwood alma mater. 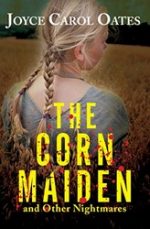 The Corn Maiden: And Other Nightmares
by Joyce Carol Oates
Rating: 3.7 #ad

Seven “masterfully told” stories of suspense and nightmarish drama from the National Book Award–winning author of Them (The Guardian).

With the novella and six stories collected here, Joyce Carol Oates reaffirms her singular reputation for portraying the dark complexities of the human psyche. The title novella tells the story of Marissa, an eleven-year-old girl with hair the color of corn silk. When she suddenly disappears, mounting evidence points to a local substitute teacher. Meanwhile, an older girl from Melissa’s school is giddy with her power to cause so much havoc unnoticed. And she intends to use that power to enact a terrifying ritual called The Corn Maiden. 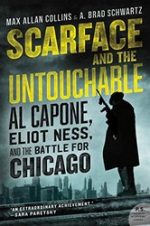 Scarface and the Untouchable
by Max Allan Collins, A. Brad Schwartz
Rating: 4.4 #ad

Includes 115 photographs and a map of gangland Chicago.

In 1929, thirty-year-old gangster Al Capone ruled both Chicago’s underworld and its corrupt government. To a public who scorned Prohibition, “Scarface” became a local hero and national celebrity. But after the brutal St. Valentine’s Day Massacre transformed Capone into “Public Enemy Number One,” the federal government found an unlikely new hero in a twenty-seven-year-old Prohibition agent named Eliot Ness. Chosen to head the legendary law enforcement team known as “The Untouchables,” Ness set his sights on crippling Capone’s criminal empire. 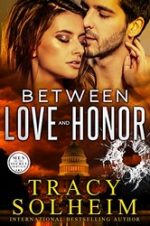 Between Love and Honor
by Tracy Solheim
Rating: 4.4 #ad

The Secret Service’s number one cyber asset, Special Agent Ben Segar, has a reputation for playing it straight… until a top-secret assignment has him cozying up to an enigmatic beauty from his past – his runaway prom date. Now, he’s willing to break a few rules to even the score, including unmasking a potential traitor, which would make his revenge even sweeter.

Photographer Quinn Darby was born into the spy game. When her life is threatened, she turns to the one man she knows she can trust, but Ben is no longer the mild-mannered lab partner she once loved.

Check out:
(Men of the Secret Service)

The Ashes of London
by Andrew Taylor
Rating: 4.2 #ad

A CITY IN FLAMES London, 1666. As the Great Fire consumes everything in its path, the body of a man is found in the ruins of St Paul’s Cathedral – stabbed in the neck, thumbs tied behind his back.

A WOMAN ON THE RUN The son of a traitor, James Marwood is forced to hunt the killer through the city’s devastated streets. There he encounters a determined young woman, who will stop at nothing to secure her freedom.

A KILLER SEEKING REVENGE When a second murder victim is discovered in the Fleet Ditch, Marwood is drawn into the political and religious intrigue of Westminster – and across the path of a killer with nothing to lose…