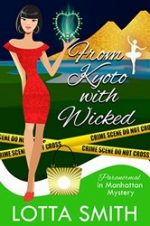 From Kyoto with Wicked
by Lotta Smith
Rating: 3.8 #ad

While stranded in Kyoto during a viral pandemic the Rowling family is making the best of things. Rick is working at the local division of USCAB while Mandy and Sophie spend their days binge-watching the jewelry shopping network, so when the case of a hexed necklace crosses Rick’s desk, Mandy is ready to tackle it.

An emerald necklace on loan from a dance troop in Louisiana is playing hide and seek in its temporary home with the Kyoto Ballet Company. Worn by the deceased premier performer, the costume piece isn’t valuable, and according to Jackie and Allegra the violin fairy, it’s not even haunted, so what keeps making the beautiful bauble disappear? 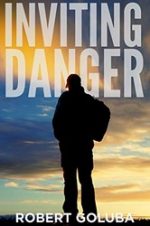 A maximum-security inmate. A young family. Under one roof. Corrections officer Rey Mendoza’s decades-old dream of systemic prison reform appears to be within reach when he accepts a new position. He’ll not only better provide for his son’s special needs, but also carry forward his father’s failed mission.

It’s a grave miscalculation. His ideal job requires hosting an unwelcome house guest — an inmate from a maximum-security prison.As a former prison guard,  Rey can handle the imminent threat, but can his wife and two young children survive under the same roof? 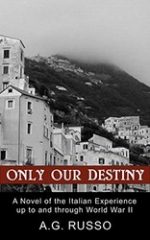 Having lived through World War I, the Spanish Flu, the dictatorship of Benito Mussolini, and racial laws, Raffaela must raise and feed her ten children without any help from her estranged abusive husband Giuseppe, who refuses to give her money. With the support of her two oldest children, Geno, and Luisa, she struggles to survive. World War II devastates Italy and Italian Americans alike when “Il Duce” joins Hitler’s side, leaving Italians vulnerable at home and the object of hatred abroad. Young Italians are sent around the world to fight in a war they don’t believe in. At home Jewish families are under increasing threat. Yet, Italian men and women rebound to fight the Germans and Italian Fascists with a large and fervent partisan guerilla army… 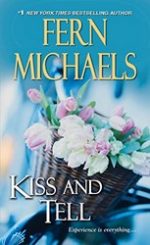 Putting Justice In The Bank

Life comes in stages. Even the Sisterhood has been content to let their gold shields gather a little dust while they enjoy their friends and family. But when a string of anonymous emails arrives at Pinewood, suggesting shady dealings at a local assisted-living facility, Myra Rutledge and her best friend Annie de Silva are more than ready to out-hustle a master con-artist at his own game. They’ll need to enlist some new and untested allies in order to pull off their brilliant plan, all while Myra faces a personal challenge that will rock the Sisterhood to the core. . . 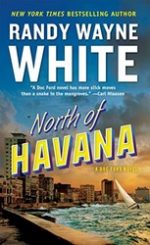 Randy Wayne White’s Doc Ford novels have been praised as “witty” (San Diego Union-Tribune), “must-reads” (Chicago Tribune) and “superb.” (Denver Post) Now, White’s newest thriller takes Doc Ford to Havana, where his friend is being held by the Cuban government. Still haunted by his suspected involvement in a plot against Castro, Ford ventures to Cuba–where he finds himself entangled in a web of murder, revenge, and assassination.

Check out:
(A Doc Ford Mysteries) 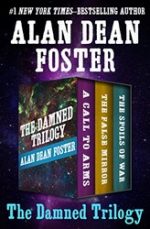 Humans are caught up in an alien war in this epic from the #1 New York Times–bestselling author of Star Wars: The Force Awakens and Star Trek Into Darkness.

For millennia, the Weave, an alliance of species, have fought to resist the telepathic Amplitur, who strive to unite all self-aware life-forms in their great “Purpose.” The Weave is slowly losing ground, but for both sides, warfare focuses more on outthinking and outmaneuvering your foe than destruction. In fact, most regard violence as hideously barbaric, and even the thought of harming another sentient being is beyond imagining. 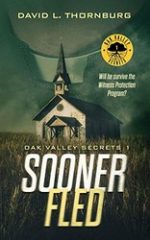 Small-town pastor Peter Andrews has a secret. His real name is Tony Stratton, and he is in the Witness Protection Program in Oak Valley in rural Oklahoma. Waiting to testify against a ruthless drug lord in Detroit, he is learning to adapt to his new life and solving crimes with the help of the church secretary, Stephanie.

Across five connected stories, they encounter reclusive authors, mob debt collectors, Confederate treasure hunters, and Soviet sleeper agents, all leading to an explosive showdown with Tony’s past.
Mystery, murder, and romance – Oak Valley has it all! 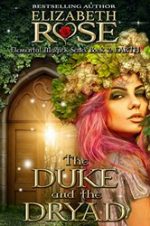 The Duke and the Dryad
by Elizabeth Rose
Rating: 4.1 #ad

The Duke: Duke Odwolfe of Manterra is known to his friends as Wolfe, and to his enemis as Duke the Destroyer. When his prized bull goes missing, he finds that the Druids have stolen it and are about to sacrifice it in one of their pagan rituals. He rushes to the stone henge in the forest, but it is too late. Angry, he demands one of them come to his castle as his servant in exchange for the bull he lost.

The Drayd: Rae-Nyst is a dryad – an elemental of the earth. She gets her power from the earth and can talk to the animals and control nature. However, fire is an element that can take her life. With the flame of the duke’s torch in her face, she loses strength and has no choice but to go back to his castle with him as naught more than his servant.